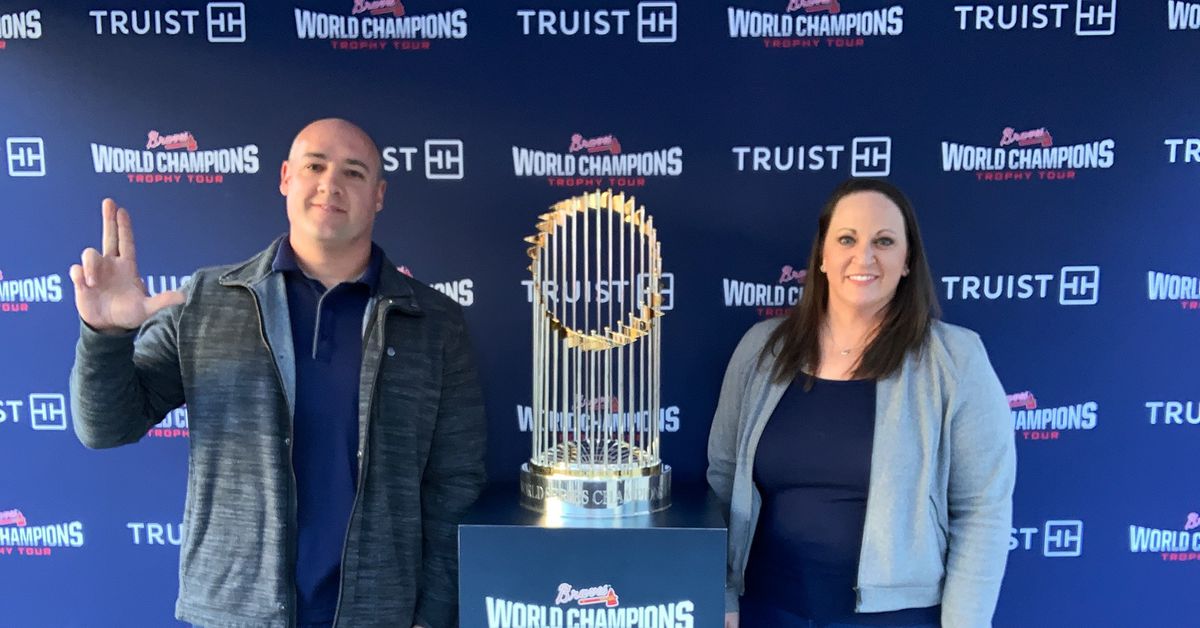 —The Louisville baseball team kicks off a huge three-game series against Clemson tonight at 6. Here’s a preview of the weekend ahead at Jim Patterson Stadium.

—The Utah Jazz’s season is over and Donovan Mitchell is not exactly squashing rumors that he’ll be asking for a trade.

—Jai Lucas, the man who was the lead recruiter on five-stars Daimion Collins, Cason Wallace and Shaedon Sharpe, is leaving Kentucky to join Jon Scheyer’s first staff at Duke. Not a fantastic look at a pretty important time for John Calipari.

—Marc Murphy nails it once again.

—The Pegasus Parade is back on Broadway this Sunday.

—U of L video team continues to shine.

—The Louisville baseball offense remains among the nation’s best.

—Louisville is in the top five for 2023 offensive lineman Jordan Church.

—The U of L rowing team will face No. 6 Michigan this weekend.

—The CJ has added a new sports reporter.

Have a Friday personal news dump I’ve been waiting to share: I moved back to Louisville a couple months ago and on Monday start writing for the @courierjournal as @sports_cj’s new recruiting/trending sports reporter.

—Former Louisville signee Fredrick King from the Bahamas has now committed to Creighton.

—With a Miami booster offering Kansas State transfer Nijel Pack 800K to play for The U for two seasons, Hurricane star Isaiah Wong is now saying he wants a better deal or he’s hitting the transfer portal. Wong and Pack, by the way, have the same agent.

Who could have seen something like this coming except everyone.

—Morehead State big man transfer Johni Broome is down to Auburn or Florida for his transfer destination. Louisville and Kentucky had both previously reached out to Broome.

—No better place in America to be a former college athlete than The Ville.

The love I feel when I’m in Louisville is unmatched ♥️

—The Louisville Bats dropped a 5-0 decision to the Columbus Clippers last night.

—The Athletic ranks top Louisville transfer target Tyrese Hunter as the best currently available player in all of college basketball.

This one is a surprise. Hunter was the starting point guard on a Sweet 16 team and the foundational piece for Iowa State to build around. He is arguably the best two-way guard on the market and one of the best returning point guards in college hoops. The Big 12 was an old man’s league, and only three freshmen were real contributors this year: Hunter and Baylor’s two wings who are off to the NBA. Hunter was one of the best defensive point guards in the league and flashed plenty of upside on the offensive end. He needs to find consistency in his jumper — he shot 27.4 percent from 3 — but there’s hope there, especially after making 7-of-11 3s in tourney win over LSU. He’s further along as a driver and passer. His ability to read a defense and deliver passes most don’t see is impressive. Put him with a good roller and surround him with shooters, and his assist numbers could skyrocket. He averaged 4.9 on a bad shooting team. He’s also got some burst with the ball in his hands. You can plug him in and make him the starter on just about any team in college basketball.

—Our guy Seedy K is in New Orleans for Jazz Fest this week.

—U of L redshirt freshman CB T.J. Lewis has entered the transfer portal.

—Hollywood Brown has been traded from the Ravens to the Cardinals, leaving everyone wondering who the hell Lamar Jackson is going to throw the ball to this season.

—The CJ covers the official signing of Kamari Lands.

—Louisville has existing partnerships with both of these companies, so, good news.

Some fairly significant NIL news: Learfield, the multi-media rights holder for a majority of FBS, is partnering with Opendorse as its NIL provider.

Learfield is getting in on the NIL game, gearing up to connect its brands (reserved for schools) to athletes.

—A handful of key football targets from the 2023 class will be in Louisville this weekend.

May 20, 2022 Annie
We use cookies on our website to give you the most relevant experience by remembering your preferences and repeat visits. By clicking “Accept All”, you consent to the use of ALL the cookies. However, you may visit "Cookie Settings" to provide a controlled consent.
Cookie SettingsAccept All
Manage consent