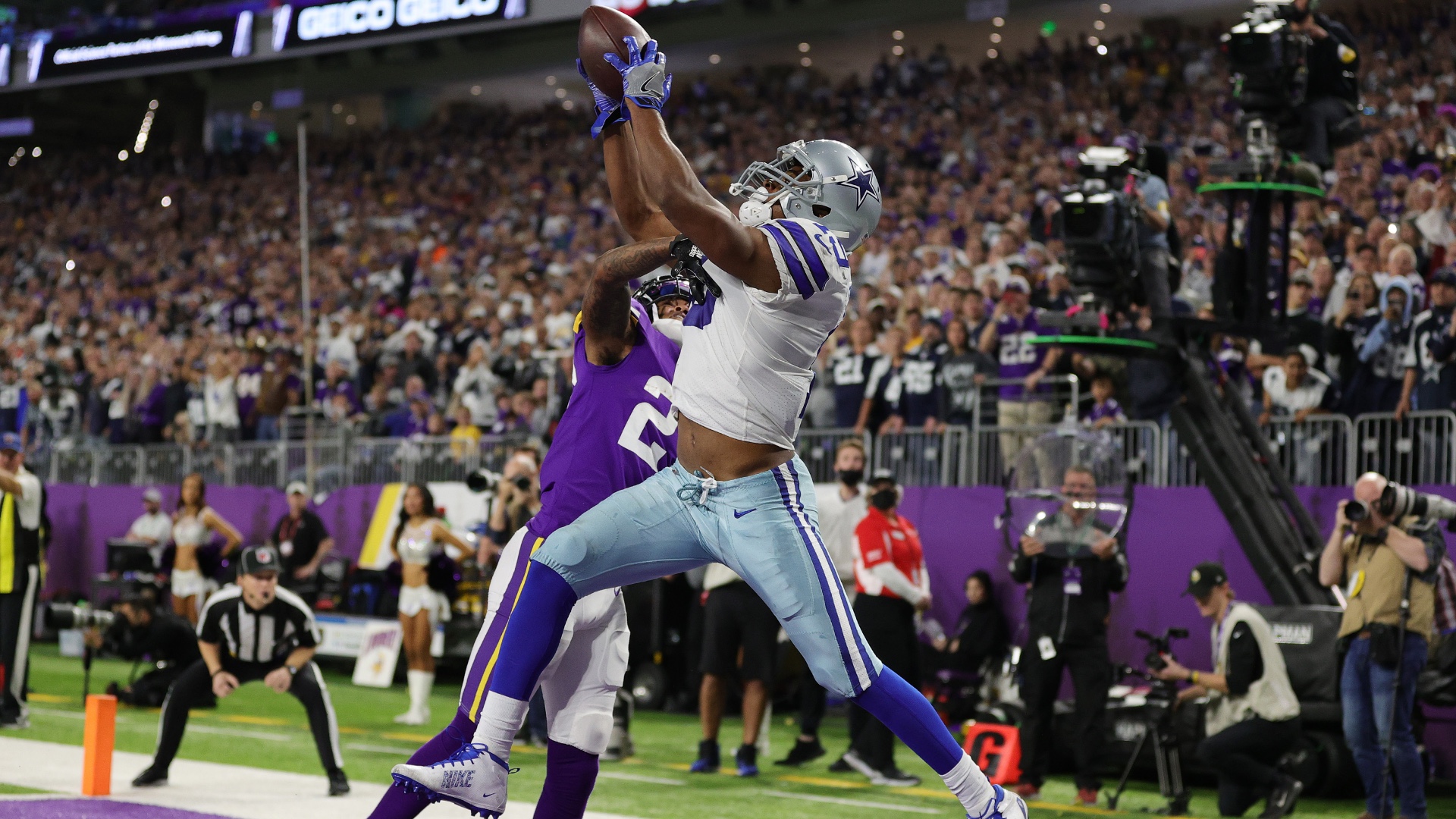 Backup quarterback Cooper Rush led the Cowboys to a come-from-behind 20-16 victory over the Vikings on “Sunday Night Football.”

Dallas (6-1) took its first lead of the game with 51 seconds remaining in the fourth quarter when Rush threw a 5-yard touchdown pass to Amari Cooper in the back left corner of the end zone. Earlier in the drive, Cooper made a juggling 33-yard catch to get the Cowboys into Minnesota territory.

Rush stepped in after Dak Prescott (calf) was ruled out in a game-time decision. Rush, playing in his first game since 2017, finished with 325 passing yards, two touchdown passes and one interception. He also completed 60 percent of his throws (24 for 40).

MORE:  What happened to Dak Prescott?

Minnesota (3-4) had taken a 16-13 lead with 2:51 to go in the fourth quarter, aided greatly by three Cowboys penalties for 33 yards. Tarell Basham was flagged for roughing the passer and Randy Gregory was penalized twice for unnecessary roughness. Even with the free yardage, the Vikings had to settle for a 24-yard Greg Joseph field goal.

Minnesota QB Kirk Cousins finished the game with 184 passing yards and one touchdown. This was Cousins’ first game this season with less than 200 passing yards.

Sporting News tracked live scoring updates and highlights from Cowboys vs. Vikings on “Sunday Night Football.” Read below for updates from the NFL Week 8 game.

11:29 p.m. — Cousins opens up the Vikings’ last drive with a completion to Thielen for a 13-yard gain and first down.

11:26 p.m. — TOUCHDOWN. Cooper scores a touchdown to put the Cowboys in the lead for the first time tonight with 51 seconds left in the game. Cowboys 21, Vikings 16.

11:24 p.m. — The Vikings called two consecutive timeouts, which is not allowed, so they were flagged for delay of game because the referees failed to ignore the second timeout.

Well that’s a rare one. Delay of game on the DEFENSE.

11:22 p.m. — Cowboys’ Connor Williams is flagged for offensie holding. This adds 10 yards to their second down, so they are now on the Vikings’ 22-yard line.

11:20 p.m. — The Vikings are flagged for illegal use of hands. They could’ve fumbled the ball if it wasn’t for the penalty.

11:11 p.m. — The Vikings lose four yards from Cook and then lose three yards from Mattison.

11:09 p.m. — Gregory gets flagged again for unnecessary roughness. This pushes the Vikings to the Cowboys’ 4-yard line.

11:07 p.m. — The Cowboys earn another penalty, this time on Gregory for unnecessary roughness. The Vikings advance 14 yards enforced at the Cowboys’ 27-yard line.

11:04 p.m. — Tarell Basham is flagged for roughing the passer, which advances the Vikings 15 yards and gives them a first down.

11:02 p.m. — The Cowboys finish their drive three-and-out. A little over eight minutes remain in the game.

10:55 p.m. — Cousins is flagged for intentional grounding, which adds 13 yards to their second down attempt.

10:51 p.m. — FUMBLE.  Xavier Woods, the former Cowboys, sacks Rush, which makes him lose the ball. Anthony Barr recovers the ball for the Vikings on their own 48-yard line.

Is it normal if you’ve had the best catch and the best pass of the night? Cedrick Wilson made an incredible throw on the run.

9:41 p.m. — Cousins rushes 13 yards for a first down. However, the Vikings couldn’t get in scoring position before the half ends.

9:39 p.m. — The Cowboys didn’t score on their drive. The Vikings receive the ball with 43 seconds left in the half.

9:35 p.m. — Vikings’ Cam Dantzler intercepts a pass from Rush, but the call was overturned after review. The ball hit the ground while he was catching it.

9:21 p.m. — The Vikings go three-and-out. During the punt return, Cowboys’ Chauncey Golston was called for defensive offsides. A 5-yard penalty was enforced at the Vikings’ 30-yard line.

9:13 p.m. —  Cedrick Wilson Jr. catches a 9-yard pass from Rush for the first down. The Cowboys are inching closer to the end zone as they are now on the Vikings’ 24-yard line.

9:05 p.m. — The VIkings do not score after their interception.

#Vikings offense had a hot start, but back-to-back punts has allowed Cowboys to stay in it. #Vikings defense doing their part with a 3rd-down sack and INT.

Gotta keep the pressure on.

Christian Darrisaw tossed Randy Gregory out of the way to set up that big Dalvin Cook run on first down. The rookie is a bully in the run game. pic.twitter.com/HvUM94fSWu

8:37 p.m. — After a defensive offside penalty advanced the Cowboys by five yards and gave them an automatic first down, Tony Pollard rushes six yards for another first down.

8:34 p.m. — Cooper Rush completes the first down in his first start as a Cowboy. Amari Cooper caught the 5-yard pass.

8:22 p.m. — ‘Sunday Night Football’ kicks off as the Vikings receive the ball.

How to watch ‘Sunday Night Football’

Cowboys vs. Vikings will be broadcast on NBC with announcers Al Michaels and Cris Collinsworth on the call and Michele Tafoya on the sidelines.