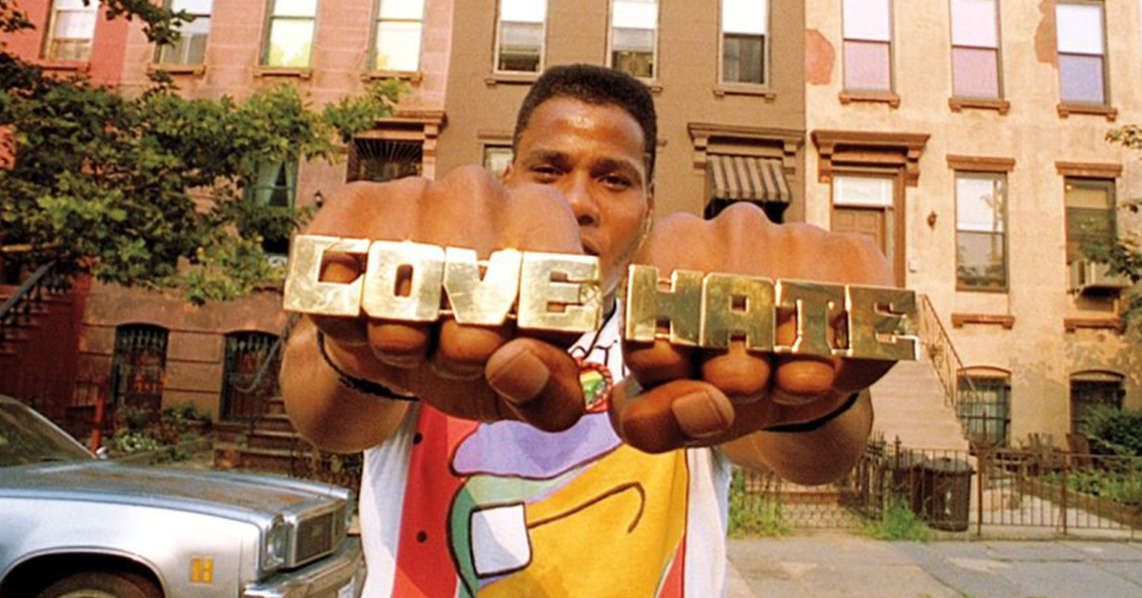 This month’s list of streaming departures includes some old classics, new favorites, and some underseen gems in between.

To start things off, Steven Soderbergh’s Ocean’s trilogy leaves HBO Max — it’s a good time to catch up with those movies again (unless you are one of the few people who haven’t seen them, in which case I have good news — you get to watch the Ocean’s movies for the first time!).

There’s also Spike Lee’s masterful Do the Right Thing, the classic mystery thriller Klute, and a legal thriller from the showrunner of Andor, as well as an action-horror DTV master class and so much more.

Let’s get into it.

Do the Right Thing

Set over the course of a swelteringly hot day in Bed-Stuy, Spike Lee’s Do the Right Thing is a masterful drama that traces the simmering racial tensions between a local Italian American pizzeria and the African American community living beside them. With impressive performances by Danny Aiello, Bill Nunn, John Turturro, and Lee himself, not to mention a fantastic opening sequence featuring none other than the Rosie Perez — in her debut film role, no less — dancing and shadowboxing to Public Enemy’s “Fight the Power,” Do the Right Thing is an essential milestone of American filmmaking that cannot be missed. —Toussaint Egan

Ethan Hawke stars in Andrew Niccol’s 1997 debut Gattaca as Vincent Freeman, a genetically “inferior” man born in a eugenic caste society who yearns to become an astronaut. Assuming the identity of Jerome (Jude Law), a physically gifted athlete who is paralyzed from the waist down following an automotive accident, Vincent’s dream is almost within his reach — that is, until the administrator of the Gattaca Aerospace program is murdered, causing a swarm of government agents and detectives to descend en masse in their attempt to nab the culprit. With an inimitable retro futuristic style, scenes shot in and around some of the most iconic minimalist architecture of San Francisco, a stirring score by composer Michael Nyman, and trio of terrific supporting performances by Jude Law, Uma Thurman, and the late, great Gore Vidal, Gattaca is an absolute sci-fi treasure. —TE

One of the best thrillers from an era absolutely filled with them, Klute is the first of Alan J. Pakula’s thematic “paranoia trilogy,” followed by the also excellent The Parallax View and All the President’s Men (which resulted in one of three Oscar nominations for Pakula).

In Klute, Jane Fonda gives an all-time great performance as Bree Daniels, a call girl who gets pulled into a detective’s (Donald Sutherland) investigation into an executive’s disappearance. A tense thriller with gorgeous cinematography from Gordon Willis (the Godfather movies) and an appropriately eerie score from frequent Pakula collaborator Michael Small, Klute is too good to miss out on. —Pete Volk

Excited for Andor? Showrunner Tony Gilroy, who co-wrote Rogue One, wrote and directed one of the best legal thrillers of the 21st century in his directorial debut. George Clooney is Michael Clayton, a corporate fixer who is sent to straighten out a lawyer suffering from an episode. When Clayton discovers a much deeper scheme at play, it threatens everything he knows.

One of Clooney’s best performances, the movie also features great supporting turns by Tom Wilkinson (playing the aforementioned troubled lawyer), Tilda Swinton, and the great Sydney Pollack. It’s a tight, tense conspiracy thriller, reminiscent of the work of Alan J. Pakula and other titans of the genre. —PV

In Midnight Run, Robert De Niro is an ex-cop who has turned to the life of bounty hunting after being chased out of a corrupt police department. When he’s sent to fetch an accountant (Charles Grodin) who embezzled money from the mob, he has to deal with gangsters, cops, and general hijinks.

A hilarious adventure with two very different people who annoy the piss out of each other, De Niro and Grodin’s incredible odd-couple chemistry elevates the movie to a delightful, memorable romp. De Niro is great as always as a cantankerous ex-cop, but Grodin steals the show as the sensitive, straight-faced accountant trying to convince his new buddy to let him go.

Midnight Run also has more depth than your average buddy comedy. De Niro’s ex-cop quit the force because of a moral conflict, and the movie’s situation forces him to confront his values again. Add a playful, energetic score from Danny Elfman, and you have a wonderful time at the movies. —PV

Steven Soderbergh’s Ocean’s movies are a lot of things: great hangout movies with a terrific ensemble cast, fun capers with daring heists, and laugh-out-loud funny comedies. Your mileage may vary with each installment as the successful franchise balloons, but all three are solid popcorn entertainment. —PV

Regular Polygon readers will know this is one of my favorite movies of all time (seriously, top 10-type stuff). If you’ve delayed checking it out, now’s your chance.

As I wrote when it was added to HBO Max in July:

Universal Soldier: Day of Reckoning was an awakening for me. I had not (and still haven’t) seen any of the other movies in the franchise, and at the time I was unfamiliar with its young star, Scott Adkins. But something about John Hyams’ twisted sci-fi/horror/action story got its hooks into me and never let go.

A soldier (Scott Adkins) wakes up from a coma, haunted by memories of the brutal murder of his wife and daughter. He wants nothing more than to hunt down the man responsible… Luc Deveraux (Jean-Claude Van Damme), the protagonist from the original films of the Universal Soldier franchise. With influences from filmmakers like Gaspar Noé combined with the grimy aesthetic of a direct-to-video action-horror flick, Day of Reckoning is a unique combination of genres and talents and one of my favorite movies ever made. A note: This is a particularly violent movie, and is not for the squeamish. —PV

Tony Scott’s final film is also one of his best, a down-to-earth blue collar drama ripped from the headlines and dramatized just enough to make a hard-to-believe true story a thrilling cinematic event.

Unstoppable retells the story of the CSX 8888 incident, when a runaway train carrying hazardous materials was stopped by a crew in a second train. In the movie’s version, Denzel Washington is veteran engineer Frank Barnes, while Chris Pine is the rookie train conductor Will Colson. Unstoppable quickly sets up the tension between the two characters — Frank and his pals see Will as an example of young new hires given senior positions so as not to pay the experienced employees higher wages.

The relationship between Frank and Will, and the depth given to these characters by Washington and Pine, is a major reason why the movie works. You get to see these two men figure each other out in real time, especially when they’re in crisis mode. The train sequences are also electrifying — Scott borrowed trains from three different railroads for the movie, and the tension is palpably gripping. —PV

A weekly roundup of the best things from Polygon